The IQE is held under the Regulations made by the General Dental Council under section 16(4) of the Dentists Act and approved by the Privy Council. This exam is the only means whereby the Council can test the extent of the knowledge and skill possessed by an applicant for registration, whose oversea primary qualification is not generally recognized by the Council.

The Statutory examination included a theoretical and a practical on all dental subjects, including basic sciences, and made no allowance for the qualification date of the candidate. It is no surprise that many of the immigrant dentists had to change their career or emigrate.

It would have been interesting to compare the performance of local graduates qualified five years or so with this group if the same restraint was applied. Somehow, I could not see many volunteers - no wonder this research project was never attempted!

Happily, the GDC did not wait for a legal challenge and in 2001 launched what is promising to be a much fairer examination - the IQE. The new examination is applicable to all non-EC graduates. (Australia, South Africa and Singapore graduates were not required to take the Statutory

Unfortunately, courses for this intrepid group are not forthcoming. They do not qualify to attend the MADEL-funded courses and the few private courses that have sprung up are too expensive for this group who, by the nature of the qualification they are seeking, are largely unemployed and do not qualify for any benefits. However, the Anglo Asian Odontological Group (AOG) has sponsored such one-day events on three occasions since 1998. Speakers have been invited from the GDC and many other individuals have provided their services voluntarily. 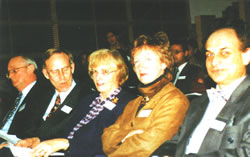 The first event, in 1998, was attended by, amongst others, Professor McGowan (then Chairman of the Statutory Examination), Ian Waite (National Advice Centre for Postgraduate Dental Education), Dame Margaret Seward (then President of the GDC) and Ros Hepplewhite (Registrar of the GDC at that time). They all saw the need for such a day. If nothing else, it brings together a group who are, otherwise, very lonely and aloof. They are usually unaware that there are others in the same predicament.

This year, the day attracted some 120 delegates, many

Speakers included Ian Waite, Vishi Mahadevan, Raj Rayan, N Nasser and Joe Omar, all of whom gave up their professional time to address the group free of charge. 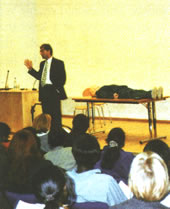 The highlight of the day was a 'product' of this course from the previous year, a woman called Gunjan Aggarwal who had since passed the examination. She gave a talk that provided much inspiration and support to the group.

Many of the AOG executive committee attended in person to give moral support and encourage the participants to use their surgery facilities for 'phantom head' exercises. This was much appreciated by the candidates.

Among the handouts, the participants received a list of fellow members with whom they were encouraged to form support groups. The feedback was extremely positive.

It was and act of charity by all those who contributed to the day; these lonely colleagues are in desperate need of help. Any institutions or individuals willing to help should contact Manjul Vasant here.